The Economy of the Federation

Gene Roddenberry always wanted Star Trek to depict a future of humanity without war, without hunger, without disease and without poverty:

Even more than that, he envisioned a world in which not just the circumstances have improved but humanity itself has evolved:

"Perhaps one of the primary features of Star Trek that made it different from other shows was, it believed that humans are improving - they will vastly improve in the 23rd century." (Gene Roddenberry)

There are hints or statements in several episodes that particularly the economy of the future, or at least that of the Federation, works differently than today, and that something like a currency may not exist any longer. The evidence of the possible existence of money, however, is contradictory, and the question is discussed accordingly controversially. This article strives to outline a half-way plausible solution based on canon evidence. 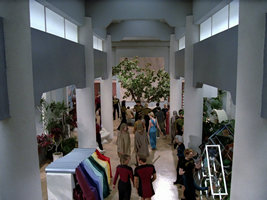 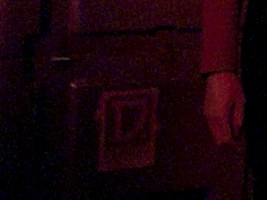 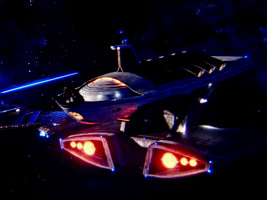 The Festoon in DIS: "Magic to Make the Sanest Man Go Mad" 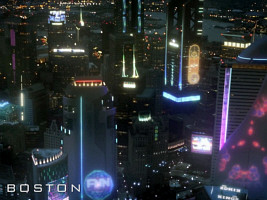 There are numerous pieces of evidence in favor of money, in the 23rd as well as in the 24th century. Money seems to play a role in many cases in which single individuals or the Federation or Starfleet as a whole are dealing with aliens, and if they only have to pay for their drinks. There must be some sort of compensation.

Regarding the statements that suggest there is no money any longer, we are allowed to discount Kirk's mention of money in the 20th century, since this would not preclude that some other form of currency may be used in the 23rd century. Still, the few statements suggesting that currency and companies won't exist any longer, at least in the 24th century, are so definite that they may prevail.

Side note On an interesting note, DS9: "In the Cards" was produced just after "First Contact", and Jake's reply to Nog exactly mirrors Picard's words to Lily. Although DS9 is otherwise full of evidence supporting the existence of money, this episode pays tribute to the movie.

Picard's two statements from "The Neutral Zone" and "First Contact" as well as Jake's stance in "In the Cards" may have been meant to be subjective. As seen from the outside or with they eyes of someone from the 20th/21st century, Federation economy may largely work like Picard suggested. At least within an idealistic organization like Starfleet. But there must be some sort of monetary system, and if only for internal accounts. After all, building a Sovereign-class starship consumes far more energy, material and man power than a Type-6 shuttlecraft. This must be accounted for in some way.

Still, we wouldn't expect Picard to lie when he says, "there is no money". He may be right in that the cost for ship may not be correlated in any way to the cost of living. Most likely because there is nothing like cost of living any longer, in which case he would have better said something like "money isn't used any longer in every-day life". In the 24th century, there may be plenty of energy for everyone to get whatever he needs from the replicator. Industry, power generation and infrastructure is highly automated. There is so much of everything that no one would need to work. Maybe there is a high unemployment rate, and the few people working in industry, transportation and public services are quite respectable. Either that, or there are also many "fun" jobs besides that. Either way, the social position is still determined by the reputation of the job, only that payment seems to play a minor role. But money or Federation credits may still be necessary to purchase goods or services that are not ubiquitous. Clearly anything handmade or any service like Sisko's Restaurant would belong into this category. The loss of cultural values would be too sad if all this did not exist any longer.

Still, including all of humanity to his statements ("We work to better ourselves...") seems quite pretentious of Picard. We may presuppose that social problems will have been largely solved, once there is enough of everything for everyone. One particular statement always goes along with the absence of poverty from 24th century Earth, and this is the absence of crime. But Picard clearly goes much further, because he suggests that the whole human nature has changed because the circumstances of human life are better. The universality of his statement is in Gene Roddenberry's sense but it hence feels like Picard breaks the fourth wall. It is not a realistic assumption that the human nature would generally change, even if the captain and most of Starfleet are idealistic enough and fit with a new view of a humanity that does not strive to accumulate wealth any longer. Not everyone would be content with a decent apartment and maybe a small private hovercar. As long as there are human beings, there will be still greed and envy. What would the Federation government or local authorities do about individuals who live their lives at the expense of others? Who strive to purchase large estates and build palaces for themselves? Yet, we may excuse Picard in that he expresses a personal interpretation of how 24th century Federation economy should work. This view may be the one officially endorsed by the Federation and by Starfleet, but probably wouldn't be imposed on billions of individuals.

In this light, there may be some niches for companies like Dytallix or Yanas Tigan's mine, regardless whether they reside in Federation territory or on neutral ground. The Federation is a free society, and we would not expect private entrepreneurs to be outlawed. The reason why they do not have a major part is because they are only required to provide certain raw materials and goods that are not available anywhere and in any quantity. And such goods are likely to be traded with alien cultures. Even if the Federation economy somehow managed to go without a currency, an equivalent would be needed to trade goods with other civilizations. It is possible that the Federation credit is not much different than gold-pressed latinum in this field.

We cannot and we should not compare the economy of the Federation to 20th century communism, even if there are certain parallels in the ultimate goals (that were never close to be reached in any implementation of communism). Communism was an ideology to liberate exploited workers by expropriating the capital owners in an act of revolution. Quite contrary to that, the Federation economy may have developed in a slow process, owing to a tendency in which money became unable to keep up productivity any longer. The reasons may be twofold. Firstly, it is already visible now that Western industrial (secondary) societies are turning into service (tertiary) economies and ultimately into financial (quaternary) economies. Automation has largely replaced human power. Hardly anyone is still "productive", in a way that his workforce would be needed to produce new values. The quaternary economy we are facing would just shift around assets, which would gradually lose its equivalent in the form of industrial goods. Secondly, the availability of plenty of energy may give the death blow to the idea of money as a driving force. There is clearly no money equivalent to something ubiquitous.

Yet, everything seems to change towards the end of the 24th century. In accordance with Patrick Stewart's announcement that the benevolent world of Starfleet doesn't exist any longer in Star Trek Picard, money seems to rule the world again in his series. This looks like a dramatic paradigm shift not only in the in-universe history of the Federation but also in the depiction of the world of the future, especially since the re-commercialization is only one of several aspects in which the society is not utopian any longer.

Yet, as unrealistic as it already seems that humanity would abandon the accumulation of wealth in the course of some 200 years, what are the odds that the society would return to a money-driven economy in only 20 years? Just as TNG may have shown us a very idealistic view of the 24th century, PIC perhaps focuses on the flip side of the coin, that businesses still exists and that, though not omnipresent any longer, money can still accomplish a lot. In fact, the first three episodes of Picard show more places on Earth than seven seasons of TNG, with accordingly more chances to see some sort of advertising. And Stardust City on Freecloud may even pass as the exception that proves the rule. We already know from other series that humans still do have something like money in the 24th century, but they wouldn't be able to buy every kind of goods or services they desire in the Federation. So this is what Space Las Vegas was likely created for, in a clear analogy to the original one in Nevada.

Summarizing, not all may be lost about the utopian world of the Federation in Picard, it may just be shown from a different, less pleasant perspective in Picard. Here's hoping that the old spirit of Star Trek will be in the focus again in future episodes.

Some screen caps from TrekCore. Thanks to Patrick Kovacs, RollinThundaOne, Alexander Müller and Woxof for some quotes and to inexpl for a correction about the role of money.