The latest posts and comments on this site and on the social media pages of EAS. See Trek Feeds for feeds from other important sites.

Strange New Worlds, the fifth Star Trek series since 2017, premiered a couple of weeks ago. As already announced, I have decided against joining the rat race. I will take care of the episode reviews at a later date. But here is a brief half-time assessment of SNW.

The series is clearly much better received in the fan community than Discovery. It is even praised by several critics of new Trek, although SNW inherits the burden of the "visual reboot" and the overblown technology and history established in DIS. I think the popularity of the show has two reasons, of which the first one is obvious. The producers kept their promise and brought back the classic episodic format. Strange New Worlds, unlike Discovery or Picard, is not plagued by dragged out storylines and by episodes that feel like nothing is going on. The series comes with a fresh story every week, while not neglecting the character development. The second reason is that the characters are more natural and more likable than those of the other recent live-action shows. They laugh, they have fun, they are amiable. The basic mood is as positive as it last was in 2005. It has taken them a couple of years, but the people around Kurtzman have finally learned how to get the Trek feel right.

Strange New Worlds is not a groundbreaking show, however. It returns to an old recipe. But it additionally plays the nostalgia card like no other live-action series in the history of the franchise. Pike, Spock, Number One, Uhura, Chapel and M'Benga appear, all as regular characters. There is even a descendant of Khan Noonien Singh against all reason, and a certain George Samuel Kirk. But are these the same characters that we know from TOS? Majel Barrett's Nurse Chapel used to be demure and dutiful, as it was expected from a woman in the 1960's. The new Chapel played by Jess Bush does not only look a lot hotter, her personality is quite the opposite in most ways. She energetic, self-assured and always good for a tongue-in-cheek remark, the way it is expected from a female character in a modern TV show. No one seriously wants to go back to the 60's. But do characters from the 60's need to be "fixed" just like the technology level and the ship's size? Or shouldn't we rather leave them alone?

Robert April is yet another check mark on the list of canon characters that SNW works off. I personally have no big problem with the casting of Adrian Holmes as Admiral April. TAS is animated and only "proto-canon" in my book, and SNW itself has more important canon issues that need to be addressed. Still, it should not remain uncommented. I appreciate if the casting for a new character is color-blind. I don't even mind if "marginalized" ethnic groups or genders are preferred in the process, as it is the rule in modern Trek. But Robert April is an established character from a series that the current creators of Trek regard as canon. And just as the casting of Scarlett Johansson for "Ghost in the Shell" stirred up a controversy for her having the wrong ethnicity, it must be allowed to criticize the decision that SNW's April is black. The preemptive stigmatization of all critics as racists in many channels killed any reasonable discussion of the topic.

All these issues aside, Strange New Worlds is an enjoyable show that brings back some the old spirit of TOS. Four of the first five episodes are revivals of classic Trek plots with superb effects. I wouldn't mind seeing more of this, but SNW should strive to step out of the shadows of TOS in more ways than only by having a bigger ship and more modern characters. In any case, I am looking forward to the second half of the season.

Keep watching out for facts from SNW that I have begun to include to articles at EAS. These are currently tagged as "Discovery Reboot" because the continuity issues are the same in both shows. I may switch to a new name such as "Discoverse" as an umbrella term for them. 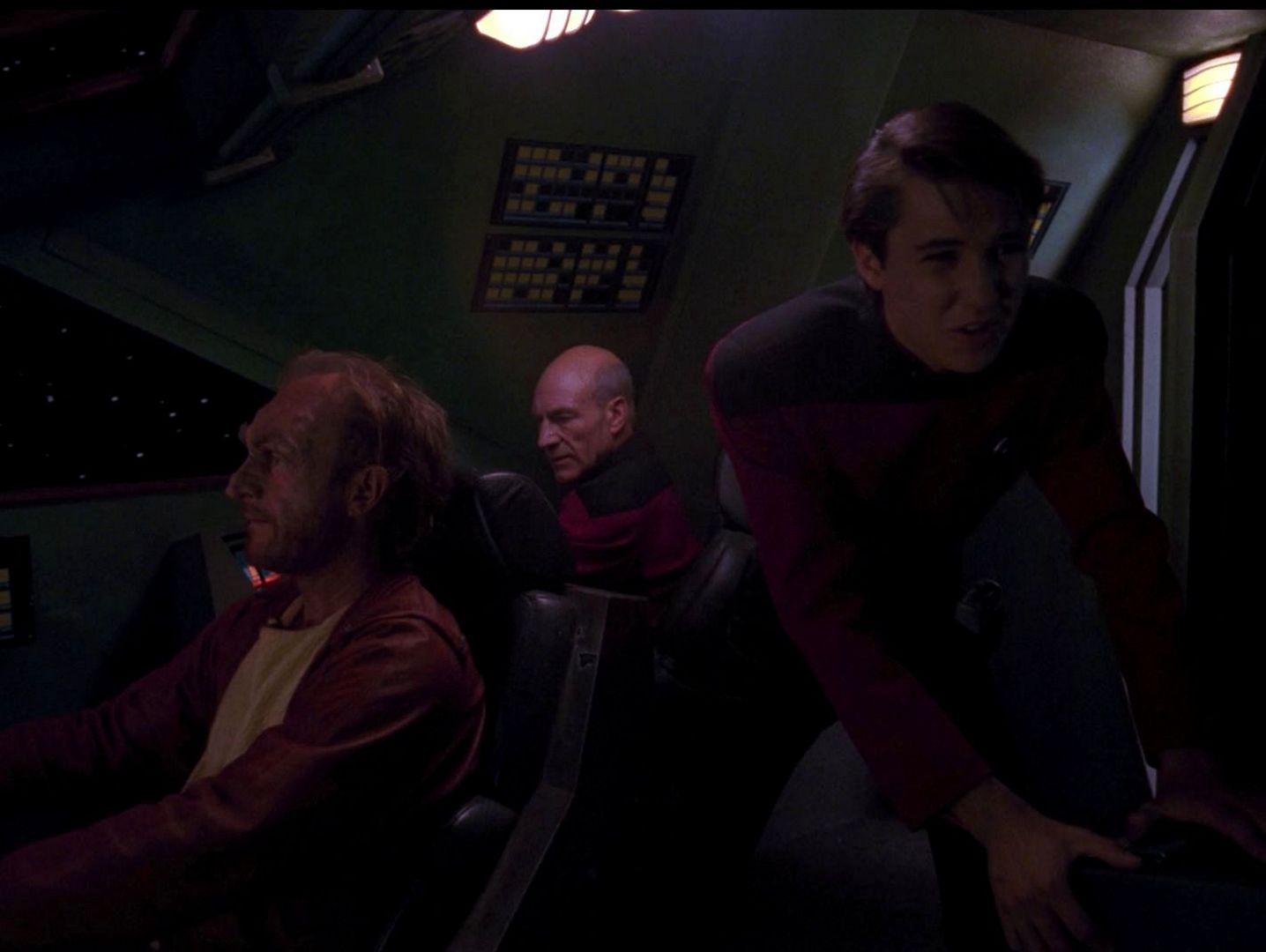 Important notice Part of the above feeds, videos and galleries are not under the control of the EAS webmaster. EAS is neither responsible for the correctness and legality, nor for the safety and correct display of the external content. In order to preserve the visitors' privacy, EAS does not include any kind of "social plug-ins" anywhere, the only exception being the above gallery and video players.