It would be dream if all ship types of Star Trek were well-documented: shown on screen from various angles, with additional model photos, orthographic drawings or detailed renderings of the official CG model, and included in the Eaglemoss Official Starships Collection. Actually, several starships are not really well visible in the episodes and little information is available, although they are intriguing designs. Here is a list of such obscure starships, together with pretty much everything we know about them.

The Yridian ship from TNG: "The Chase" and TNG: "Firstborn" is based on a sketch by Rick Sternbach and was built into a detailed miniature. Memory Alpha has a photo of this beautiful model, but that's it. The whereabouts of the model are unknown.

Rick Sternbach: "The miniature was wrangled by either Bill George or John Goodson from ILM... It came out great, though the filming angle and lighting really didn't do it justice." 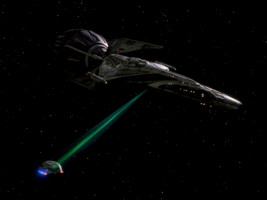 Yridian ship in TNG: "The Chase"

A submarine-like ship with blue engine glow can be seen in the DS9 opening credits in seasons 4-7. It is a CG model created by John Knoll. Perhaps the model was not detailed enough to be shown up close, still I would love to know what it looks like. 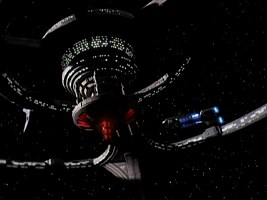 The miniature of the Sikarian ship from VOY: "Prime Factors" was rebuilt to the Serosian ship in VOY: "Revulsion". We have no pictures of its original appearance. The Sikarian ship (or a design clearly inspired by it) shows up as a Tenkai ship in the game Starfleet Academy (released in 1997), giving us a better idea of its look. The design is also included in the first two Starfleet Command games as a Romulan freighter, now in green and without the struts. 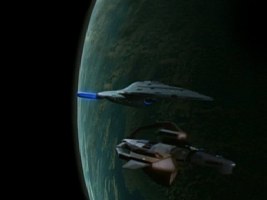 The Mislen freighter is an early CGI that appears in VOY: "The Swarm" and (as stock footage) in "Hunters", now as a ship of Species 5174. Is seems that the mesh of this design was lost. 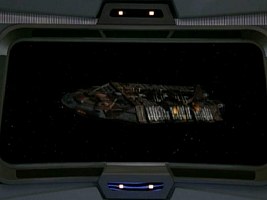 Mislen freighter in VOY: "The Swarm"

The Etanian warship with its interesting organic shape could be seen in VOY: "Rise". There are no pictures of it at all, except for the few shots from the episode itself. 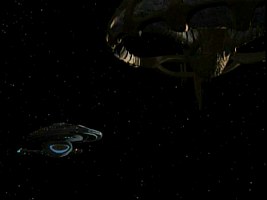 The crashed ship of Noss is based on a sketch by Rick Sternbach and is visible in VOY: "Gravity". We never see any other views of this ship (which appears to be CGI).

Rick Sternbach: "The nice thing about multiple modules is that even in 3D they can be copy/paste to save time." 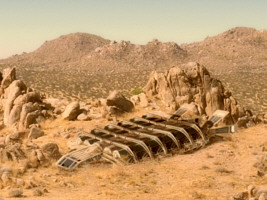 Another one-off design, the ship of the "Renovation Team Nova", commanded by Supervisor Yost, can be seen in VOY: "Gravity". No better renderings of the CG model are available to date. 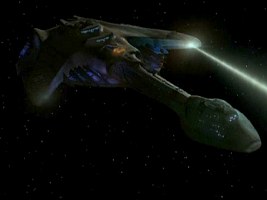 Onquanii's ship showed up in VOY: "Warhead" and once again at the station in "Survival Instinct". There is one rendering attributed to 3D artist Brandon MacDougall, but further information and better pictures are not available. 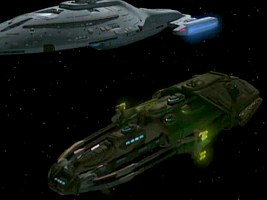 The advanced ship of the "Weird Planet" was designed by Rick Sternbach and shows up at the end of VOY: "Blink of an Eye". We know a bit about the earlier primitive ship but not about this one.

Rick Sternbach: "I think the final alien ships were worked up by Tim Earls." 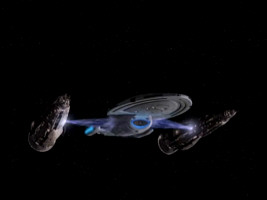 "Weird Planet" advanced ships in VOY: "Blink of an Eye"

The K'toch-class shuttlepod (or what's left of it after the crash in Oklahoma) appears at the beginning of ENT: "Broken Bow". While we have various design sketches by John Eaves, it would be great to see a rendering of the finalized shuttle in its full glory.

On a further note, John Eaves later modified the shuttle to Goroth's Klingon ship for ENT: "Bounty", which could be seen a lot better. 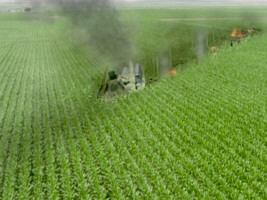 Captain Fraddock's ship appears only in ENT: "Cold Front". It was designed by John Eaves. There are two nice shots of this rugged ship in the episode. 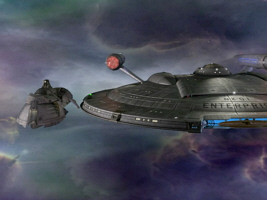 Update: Pierre Drolet has created further views of the ship.

The Torothan cruiser appeared in ENT: "Desert Crossing". John Eaves created detailed drawings of this ship, but all we have of the final model is its blurred appearance in the episode itself. 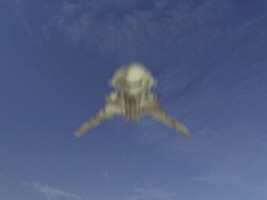 This ship was raided by the Osaarians in the Delphic Expanse, its crew of 17 killed by them. This, and a few looks at the presumable top of the ship in the episode, is all we know about the design. 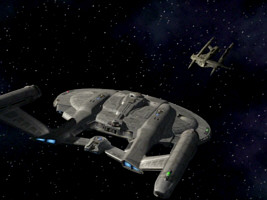 We only have a design sketch by John Eaves of the Xindi-Primate shuttle design from ENT: "The Council". There are no better views of the CG model. 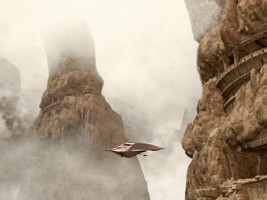 Xindi-Primate shuttle in ENT: "The Council"

Several smaller Xindi-Aquatic ships (listed as ship type 8 in my database) can be seen alongside the huge type 7 in ENT: "Countdown". There are no known renderings of this forgotten smaller type. 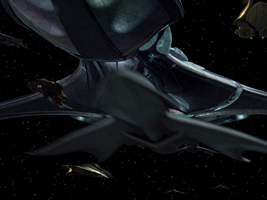 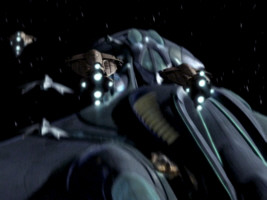 At least two so far unidentified ship classes appear in "Star Trek (2009)". The one marked with a question mark is purportedly the USS Realta NCC-0184. The more detailed image and information comes from the game Star Trek: Fleet Command but so far can't be confirmed as identical to the canon ship we see in the movie. 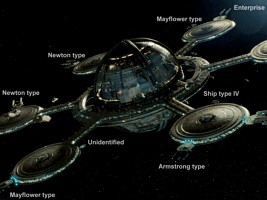 In "Star Trek Beyond", the USS Salcombe NCC-2107 (named for CGI artist Rhys Salcombe) can be seen in the background as the new Enterprise-A is being assembled at Starbase Yorktown. We never get to see the whole ship. 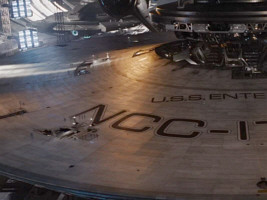 USS Salcombe in "Star Trek Beyond" 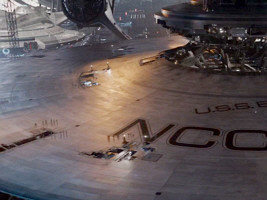 USS Salcombe in "Star Trek Beyond"

Thanks to Alexander Hartmann, Jörg Hillebrand and Andy Kinnear for their comments on Facebook. Thanks to Christopher Havel and StalwartUK for further information. Some caps from TrekCore. Special thanks to Rick Sternbach for his annotations, to John Eaves for posting many pieces of concept art and to Pierre Drolet for his renderings.