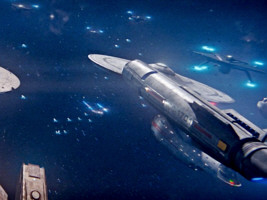 Enterprise and Discovery going to battle in DIS: "Such Sweet Sorrow I"
The continuity of Star Trek Discovery's 22nd century is pretty much detached from the one of the pre-existing Star Trek. This is a placeholder for events of this era that are shown or mentioned in the series. 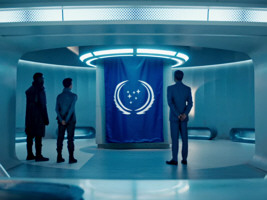 Holding up the Federation in DIS: "That Hope Is You, Part 1"
This is a placeholder for events that happen in the far future (beginning in DIS season 3).

Back to Timeline index