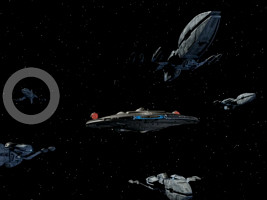 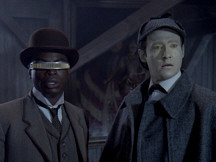 Info
News & facts about the site

Starships
Everything on canon ships

Community
What else is going on
News 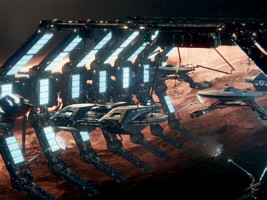 Here is my review of the latest Short Treks episode, "Children of Mars". The Picard prequel starts off with an everyday story, builds up anticipation and ends with big shocking news - and many questions.

While I'm waiting for a chance to watch the latest Short Treks episode "Children of Mars", here is a comment on Patrick Stewart's interview with Variety, in which he announced Picard as a series where "The world of 'Next Generation' doesn't exist anymore."

Happy New Year 2020! There are a couple of new entries in the list of Visual Crossovers with Other Series/Movies.

Besides several other housekeeping tasks, I have also replaced well over 100 old screen caps in the Starship Database with better ones (HD where available).

A variety of Starfleet- or space-related logos of the 22nd century appeared on Star Trek Enterprise. A new article lists all logos that could be seen in the series, including some obscure ones, complete with accurate reconstructions by Brad Wilder: Earth Starfleet and Other Space Service Emblems.

About
About this site