Star Trek is only a show. It depicts the world of the far future, but is made by present-day people with present-day equipment. It is only natural that in 700 TV episodes and eleven movies not everything can be perfect. This section takes care of the inevitable inconsistencies and provides a look behind the scenes. Note that many if not most of the following are "light-hearted" problems though. I may have come up with explanations but unless otherwise stated I don't insist on them being the only possible truth. Please keep that in mind before contacting me about errors, negligences or omissions. 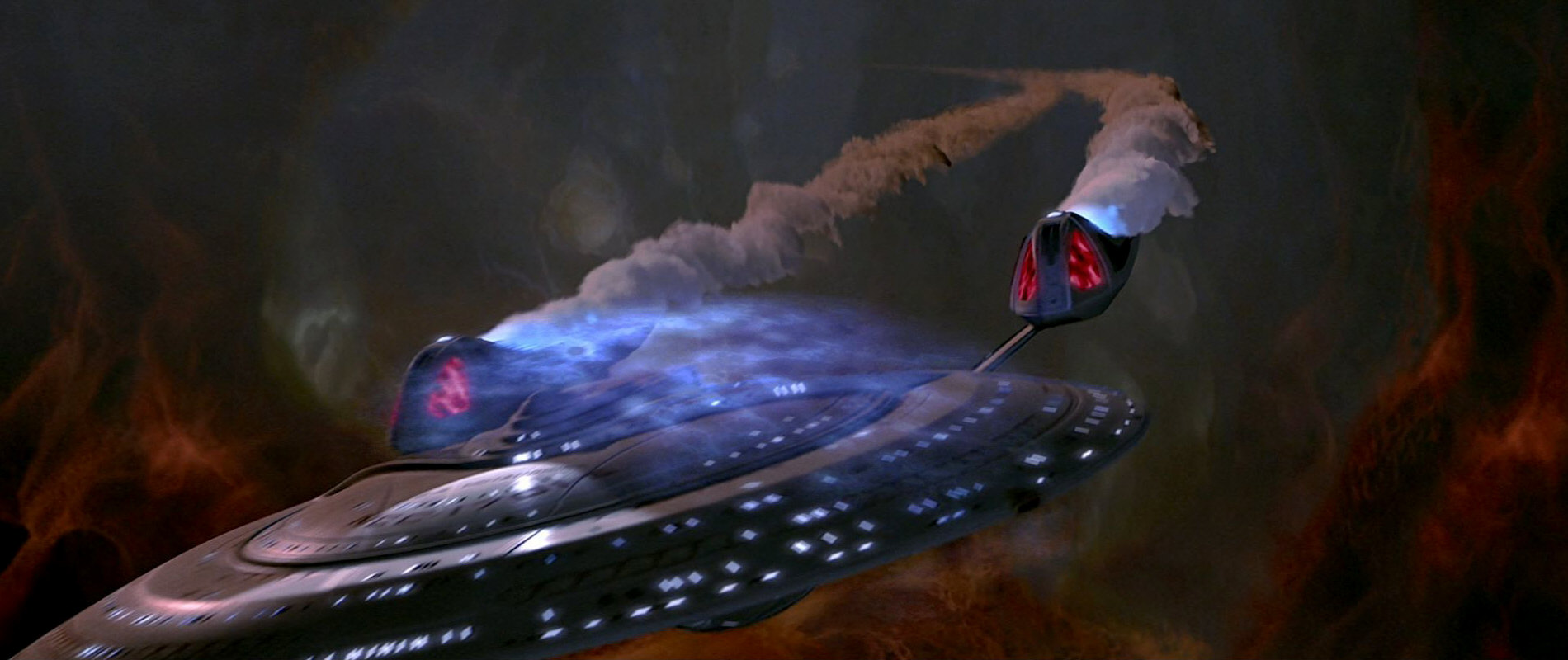 What is Canon? - definitions, reasons, interpretations and the EAS canon policy

The Evolution of the Romulans - fairly complete gallery and commentary

The Trill Problem - how much they really changed from TNG: "The Host" to DS9

Vulcan Mind Melds - "The culture you've come to know isn't the one I helped to create." (Surak)

Re-Used Make-ups in VOY: "Tsunkatse" - identification of the many races that shouldn't be in the audience

In Alien Hands - variations of alien hands in Star Trek

Aliens with Human Appearance - why so many aliens look like humans

Other History Inconsistencies - about the TOS movie timeline, the UESPA, first contact with the Borg, Klingons in the Federation, etc.

Other Cartography Inconsistencies - about the size of the Federation, the Rigel system, Vulcan's moon, etc.

Real Stars and Bayer Names - why Epsilon Indi is correct, "Ceti Alpha" is wrong and "Delta Vega" is crap

The Evolution of the Federation Emblem - exhaustive survey of all variants

The Emblem of Starfleet Command - exhaustive survey of all variants

The Evolution of the Ferengi Emblem - exhaustive survey of all variants

The Evolution of the Cardassian Emblem - exhaustive survey of all variants

The Evolution of the Dominion Emblem - exhaustive survey of all variants

The Thieves of the Delta Quadrant - re-used props and sets on the Mari homeworld (VOY: "Random Thoughts")

Planets in TOS and TOS Remastered - Part 1, Part 2, Part 3 - survey of the TOS planet models and how they were remastered

Abramsverse Inconsistencies - continuity issues and nitpicking in the reboot movies

Biography Inconsistencies - gaps in biographies and other anomalies

Star Trek Clichés - recurring oddities that deserve to be mentioned, but are not necessarily inconsistent

The Proliferation of Dark, Gloomy and Empty Ships in Star Trek - examples and variations of the trope, and a gallery

Artificial Lifeforms - how their rights are gradually acknowledged

Alien Monocultures in Star Trek - Are the members of most alien species all alike, or is this impression deceptive?